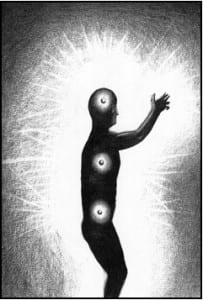 According to Chinese Medicine there are three main energy centers in the body.  Three is a number often used to describe or to simplify the complexity of our human experience. In Christianity, the aspects of God are described as Father, Son, and Holy Ghost. In Chinese metaphysics, the components of the universe are described as Heaven, Earth, and Man. In the human body, Chinese medical theory sees three “Dan Tians” (pronounced dahn tee-ens), or energy centers, corresponding to the physical, emotional/mental, and spiritual aspects of a person’s being. These vital energy centers are located along the midline of the body and store energy much the way batteries do.

The Upper Dan Tian relates to our spiritual being. It roughly comprises the upper and posterior portions of the skull. In Western medicine, the Upper Dan Tian corresponds to the central nervous system, which, through nerve impulses, controls the functions of all the organs.

The Middle Dan Tian relates to our mental/emotional state and is associated with the heart center in the middle of the chest.

The Lower Dan Tian relates to the physical aspect of our being and is located about an inch below the navel in the center of the body. This is the center most people refer to when they speak of “the Dan Tian.” As all physical energy is stored and used from this region, we will refer to it often in our Qigong practice.

Here is a Qigong practice to open your three Dan Tians.