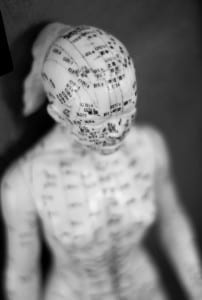 The word meridian, as used in Chinese Medicine, entered the English language as a French translation of the Chinese medical term jing-luo. “Jing” means to go through or a thread in a fabric; “luo” means something that connects or attaches or a net.

Meridians are the channels or pathways that carry Qi throughout the body. They are different from physical blood vessels; instead they are an invisible network of subtle energy pathways. In Chinese meridian theory, these channels represent a kind of informational network. Qi moves along them, connecting all of the organs, as well as the interior and exterior of the body. The amount and quality of flow of energy along these pathways determines the health of the body; deficiency, excess, stagnation and blockage are the typical problems. The various therapies of Chinese medicine address these problems at specific points, based on the details of the meridian system.

The regular meridians are named according to the major organs of the body. Each meridian is a channel of energy associated with a particular organ; the energy runs between points where the flow can be influenced.

The Regular Meridians are found to function in pairs, one Yin and one Yang. The meaning of Yin and Yang will be explained in the next chapter; for now, simply think of these Yin and Yang components as being closely related, like brother and sister. The Yin meridians are located on the inner aspects of the body; in them, Qi flows upward. The Yang meridians are located on the outer aspects of the body; in them, Qi flows downward. Each pair corresponds to one of the Five Elements. The main point to understand for is that Qi flows through the body in particular pathways, described in English as meridians. These meridians function in pairs, and each pair is associated with certain qualities and characteristics that are true both in the body and in nature.