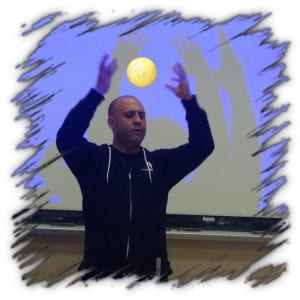 So what is Qi? According to the Chinese, Qi is the energy that creates and sustains the universe. It is said to be present in inanimate objects, like rocks, as well as in living things like plants and animals, as well as in the subtle states of immaterial things like the air, light, sound and thought.

Essentially, if the Qi is flourishing and coherent, life flourishes. Likewise, if the Qi becomes stagnant, deficient or scatters, this opens the door for disease and, ultimately, for death. Qigong is a means of working with, cultivating, and developing the Qi. It is not a belief structure. In other words you do not have to believe it for it to work. It is the foundation of traditional Chinese medicine, which is more than 5000 years old. For something to stay around this long, there has to be something to it. Anything that is fake or false would naturally reveal its weaknesses and flaws, and be discarded. I will also add here, that to do Qigong, you also do not have to wear fancy silk pajamas or a cloak!

How does it work? They say that the acupuncture meridians can be compared to rivers and the internal organs compared to lakes. Thus, just like in nature, not enough water flowing through a river the lake would cause it to dry out and become diseased. Conversely, too much water could cause the lake to overflow its boundaries. Using this metaphor we can say that the purpose of Qigong is to balance and harmonize the rivers and lakes of the body so that they flourish and function to their complete capacity.