The Power of the Non-Response Response 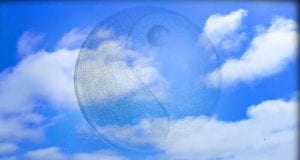 Have you ever responded with anger, fury or old-fashioned nastiness after being triggered by an unpleasant 1:1 encounter, email, text or phone call?

This month is in praise of NOT taking action when we’re fueled by anger and the impulse to lash out.

First, let’s look at the difference between reacting and responding.

When you react, you allow the situation (and other people) to control you. When you respond, you are in command of the situation. You operate from your best self rather than your tiny nasty self who acts like a snarling rabid animal!

In Chinese philosophy “Wu Wei” is the art of doing by not-doing. Wu Wei is a way of being. You do not resist a situation or try to change. Instead, you choose to be guided by the natural flow of life.

Wu Wei is an ancient practice of responding to a situation in a way that is in accordance with nature (peace) rather than coming from the place of the ego (fight).

When faced with a situation that triggers your negative emotions, choosing to access calm and clarity opens opportunity to act from a place of inspired, benevolent action.

And sometimes appropriate action means not doing anything (e.g., not saying anything, not defending your actions, not staying in the room, on the phone or at the table).

Coming from a place of conscious action helps you attract what you want instead of attracting more of what you don’t want. Reacting to what’s going on outside of us guarantees that what we want moves further and further away.

Here are some tips for responding from a place of power when facing situations and people that tempt us to react negatively rather than respond mindfully.

Take a deep breath. Empty your mind and reconnect with your body, breath and compassionate heart. Once your body feels calm, your mind clears.

Make a decision. If it is appropriate, choose to do little, do nothing or press an imaginary “delay” button and take a timeout. Let the best response reveal itself.

Address the situation. Once you know what you want, take inspired action from a place of command and power. You are safe. You are in command of the situation because you are responding (not reacting) to outside forces.

Find positive people. If you still feel the desire to talk about the situation, be sure you’re sharing with a person who’ll listen mindfully. Do not confide in a person who’ll encourage you to react from a negative, outraged place.

Shake it off. When we move our body, we move out of our mind. The “Shake It Off” Qigong practice is fun and powerful. Humans are the only social animals who do not physically shake off bad energy, encounters, thoughts and feelings. Be like Taylor Swift – shake it off!

We love to hear from you and celebrate your success, especially when you overcome negative reactions (and nasty people!). Tell us how you’re responding, not reacting, to your beautiful, joyful life.

Until next time. Be well.